Old but sustainable: Buildings of the future or a utopian ideal? 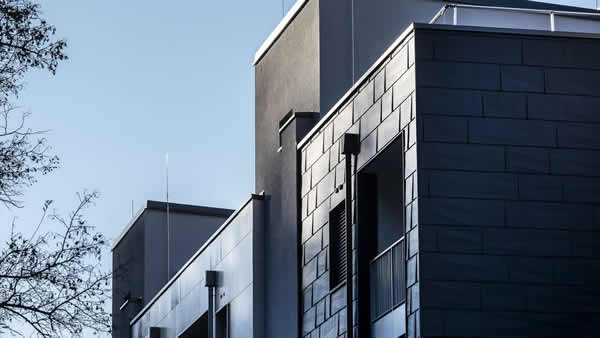 Old but sustainable: Buildings of the future or a utopian ideal?

The rate of renovation of European buildings has been stuck at one per cent for years, yet energy efficiency has been a key point in every European climate strategy for a decade now. In a sector until now characterised by its lack of impetus, research has become vital in propelling technological innovation.

Every year, on average, only one in a hundred of Europe’s existing buildings can count on new insulation and installations. A rather paltry figure when one considers that for the past ten years the European 2020 strategy has been advocating a 20 per cent increase in energy efficiency. Today, the European Union has put forward significant funding to support collaboration between research and business, and owners can now begin to count on national incentives and new financing models for renovations. However, for the sector to benefit, the construction sector will need to undergo a radical transformation, at all levels – from the mentality of those commissioning renovations to the approach of those designing and managing them as well as the manner in which the works are undertaken on-site.

Renovation sites – status quo and prospective goals
“Little has changed on Italian renovation sites over the last few decades: each company does its own thing and work often risks being poorly integrated. Prefabricated products are not commonly used, and a lot of the work is done on site, at great expense in terms of time and money. Due to this, partial renovations, which only address solving aspects of a building’s problems and which often require further work after a few years, are often chosen. By contrast, deep renovation is based on a systemic approach that involves sharing interdisciplinary expertise at all stages of intervention,” explains Stefano Avesani, Eurac Research engineer and envelope systems for buildings expert.

Today, thanks to research efforts, changes are on the horizon. In South Tyrol, researchers and companies have been studying prefabricated façade systems for years in order to facilitate renovations and improve their quality. In 2012, a European project in which Eurac Research experts developed the first prototypes of multifunctional prefabricated envelopes was initiated. The use of these technologies is not limited to insulation: envelope systems can accommodate ventilation, solar and other technologies. The prototypes were tested in laboratories at the NOI Techpark in Bolzano and then installed in several pilot buildings across Europe. The optimisation of the prefabricated envelope has continued over the ensuing years and was recently used in the massive renovation of a large social housing complex in Bolzano.

The initiative is paying off, a few weeks ago, Eurac Research renewable energy experts began a collaboration with the South Tyrolean company Rubner to confront the challenges of using this type of technology on a large scale. The new European project – INFINITE, aims to industrialise the production of a prefabricated wooden façade that can integrate ventilation devices, smart windows, solar systems and even green envelopes and will also analyse the optimal degree of prefabrication for effective on-site installation.