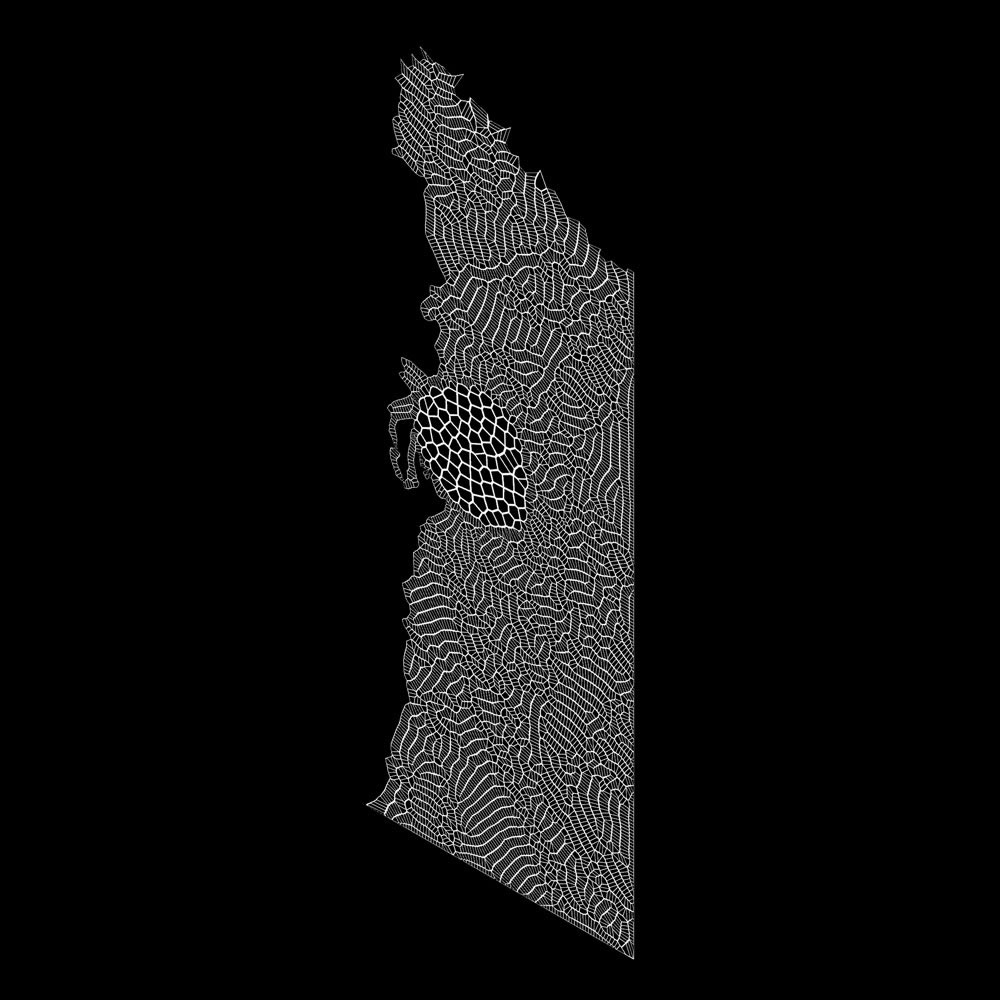 Insulated Glass Units (IGUs) are characterized by two or more sheets of glass which are physically separated by means of a air, vacuum or inert gas such as Argon or Krypton. Depending on how the sealed space is treated, IGUs allow for the reduction of heat-transfer across a building and improved environmental performance. The performance of an IGU may be further enhanced by integrating shading devices within the evacuated space.

The OKA SOLAR 3D, a cooperation between Solarlux, BASF and the TU Darmstadt, is an insulating glass unit which contains highly-reflective sun shading device within the evacuated space. The geometry of the sun protection grid is optimized for use in the roof. Direct solar radiation is prevented at all times, change in brightness than with direct sunlight. However, optimal geometric requirements for shading are largely dependent on not only the building’s location in the Hemisphere, but also its orientation on site. In order to develop the need for improved building performance through customization, a series of prototypes using additively-manufactured shading inserts were developed.

Additive Manufacturing is a fabrication technique which allows for the production of geometrically-complex forms with relatively little waste. While traditional fabrication techniques, such as injection molding, generally are much faster processes in the context of mass production, Additive Manufacturing is most beneficial in the context of mass- customization. This allows for the printing of customized shading devices which are designed to match the particular environmental context of a façade as shown in this sample project (layout by Chris Borg) and exhibited at Glasstec 2018 / Düsseldorf. The development of parametric design tools, such as Grasshopper3D, allow for a further degree of customization in the glass inserts. The Façade presented utilizes a multiple-objective design algorithm for combining the aesthetic requirements designed by the user together with environmental analysis of the design in a specific location.