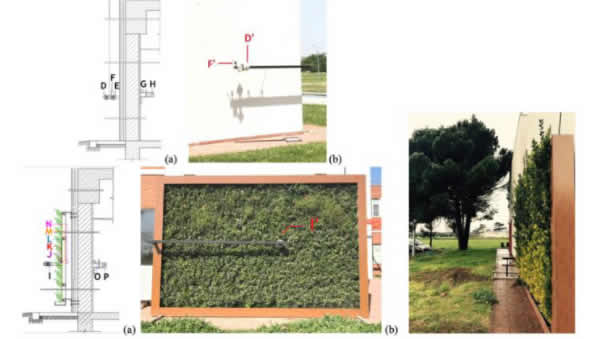 In Turkey there are some strategies and action plans in order to reduce the energy consumption in buildings. Nevertheless, in Turkey there is not any experimental study which has measured and evaluated the thermal performance of vegetated facade systems. Hence, in the study, thermal performance of felt type vegetated facade system in “Csa” and “temperate-humid” climate conditions during heating and cooling periods are aimed to be measured and evaluated.

An existing building whose exterior wall will be vegetated and used as reference was chosen. Also, the layers of felt type vegetated facade systems were specified. In addition, measurement parameters of vegetated and reference facades, location and types of sensors were established.